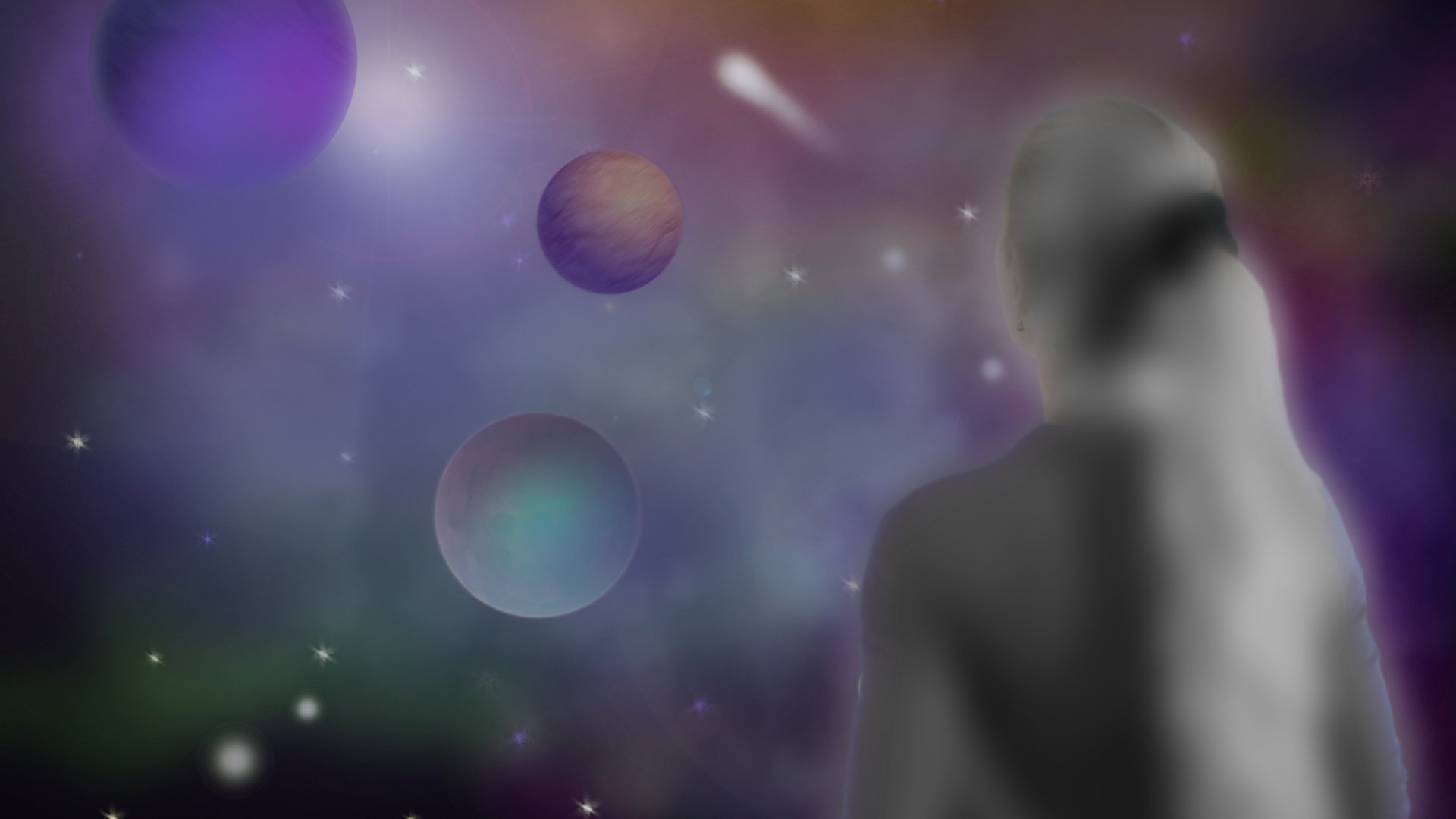 Astral projection has gathered something of a cult following over the past few decades, and it seems the interest in this article has piqued somewhat with the showing of the TV Mini-Series “Behind Her Eyes“. This has left people wondering what it’s all about and even asking the question “Is astral projection real?”

Other people concentrate on questions such as “Is astral projection dangerous?”, “Is it safe to venture into the astral realm?”

On the note of “Behind Her Eyes”, and whether Astral Projection is dangerous, it should be remembered that this is a fictional TV show and whilst it is an excellent mini-series (yes, I have watched it) from Netflix, it does dive into some rather fantastical areas and shouldn’t be taken too literally.

Skeptics seem to be more keen on finding answers to those unanswered questions rather than concentrating on whether astral projection is real or not. But, despite the lack of quantifiable scientific evidence the question still remains. If astral projection is indeed a myth, what is the explanation for all the astral travel accounts put forth by individuals who claim to have experienced this phenomenon for themselves?

Many of the eminent rationalists out there, including James Randi, have questioned the credibility of these accounts time and again. They question the credibility of astral projection itself and other forms of ‘out of body experience’.

The problem is that very few people know what an Out Of Body Experience (or OBE) actually is. Few people have experienced one and as such it becomes very difficult for them to appreciate what someone who has experienced this phenomenon has done. So, let’s concentrate instead on what those people claim to have experienced an astral projection have to say on the matter.

What Is Astral Projection?

It’s fairly easy to understand the concept of the physical body. We all have one. It can be touched, we can feel it. We can (with permission!) feel other people’s. The physical body is made up of atoms, molecules, cells, tissues, organs. We can see it.

The astral plane is believed to be non-physical, parallel world which is mentioned in several philosophies and religions around the world. This tends to add to its credibility of existence. Indeed, even physics these days is open to the idea of alternate universes. Physicists are researching and investigating the possibilities of the multiverse actually existing.

Travellers can seek answers to the unanswered questions of their life. Wisdom and knowledge that cannot be found within the physical restrictions of the travellers physical 3D location.

Given all the philosophical arguments involved, a normal person can be convinced that astral projection is real. I find it interesting that science, particularly physics, is happy to accept that multiple dimensions exist and are coming up with experiments and theories to prove such yet they question the human ability to travel in and out of these dimensions.

Skeptics argue that astral projection is nothing more than a trick of the mind. An altering of chemicals in the brain forming an illusion. The skeptics argue that because the subject is of a paranormal nature that it is merely bunkum and should be consigned to the freak squad bin.

To be fair, history is littered with examples where skeptics were convinced that things they could not explain were bunkum and therefore proponents of the theory were to be ridiculed or even burned at the stake. Before germs were discovered and experimented, people who healed through the use of plants containing natural antibiotics would be considered witches.

An astral projection can come in a number of forms from deliberate attempts to drug induced side effect or even near death experience. In all cases it’s typically characterised by the sensation of floating outside of one’s own body.

It may feel like a hallucination where the person experiences visual stimuli that don’t exist in the physical world and cannot be seen by those who are still firmly attached to their physical bodies.

These out of body experiences are an extreme form of astral projection. They generally occur when people have gone into a cardiac arrest where the heart stops pumping blood around the body.

There are many many anecdotal stories of people who claim they saw doctors operating on their body whilst they were floating above. They claim to have been able to overhear conversations between the theatre staff and come back with knowledge of their operation or resuscitation that they should not be able to account for.

These experiences are always attributed in science to chemical changes in the body. Scientists believe it is down to the hypoxic state of the brain due to lack of oxygen and glucose and acts similarly to mind altering drugs. Neurons fire randomly when starved of oxygen and nutrients. This can cause hallucinations of this nature.

What is perhaps more interesting here though is that many people who have had no interest in the subject prior to their experience often describe very similar feelings. In particular the feeling of floating above their body and looking down on themselves on the operating table. People have described seeing the operation in great detail. People who would have no experience of internal anatomy. Is this just coincidence or is something else going on? Multiple hallucinations of the same nature to separate people…

Other people, usually with an interest in the metaphysical deliberately put themselves into a state of mind whereby deliberate astral projection becomes possible. Again, the brain is the focus here, although not through deprivation of oxygen and nutrients. It’s not clear what causes the hallucinatory state when meditating but as a scientist myself and can be quite certain it is not due to hypoxia.

Relaxation and breathing techniques may however release endogenous opioids or endorphines which alter the way we perceive things. Exogenous opioids can cause hallucinations along with various other illicit drugs and medications.

Or, possibly with all the attachment to the physical body removed by such methods, perhaps the user is freed to investigate the astral world without hindrance and preconception.

If astral projection is nonsense and indeed a fraud how do we explain the accounts of astral travel put forth by people who claim to have experienced it? Indeed, my best friend through high school informed me many years ago that his father had told stories of astral travel, which he could perform at will. His father, to be fair, never spoke to me about it but since he was a respected engineer he may have felt his sanity would be questioned if he revealed too much.

Skeptics such as James Randi believe that coincidence is the answer to the question of why many accounts of astral projection are the same.

The skeptics state that because no-one has yet claimed the “One Million Dollar Paranormal Challenge” set forth by the James Randi Education Foundation – which will give away the prize money to anyone who can demonstrate any psychic ability under fraud proof conditions – that no such ability exists.

I’m not convinced that astral projection is fraud. I’m fairly comfortable with the idea that there are still things around us that science as yet cannot answer. This doesn’t make such things the realm of religion or hocus-pocus – it merely means we don’t yet have the answer.

No-one has, as yet, manged to prove a cure for cancer (or even the common cold) exists. Does this mean such a cure doesn’t exist? Of course not. It just means we haven’t found it yet. Before Marconi discovered radio waves did they exist? Yep – of course, we just hadn’t invented a way to measure them until then.

For me, I await scientific breakthrough on this one.

Is The Law Of Attraction Real?

Are Near Death Experiences Real?

Past Life Regression: Is It Real? Can It Help?

2 thoughts on “Is Astral Projection Real?”

This site uses Akismet to reduce spam. Learn how your comment data is processed.