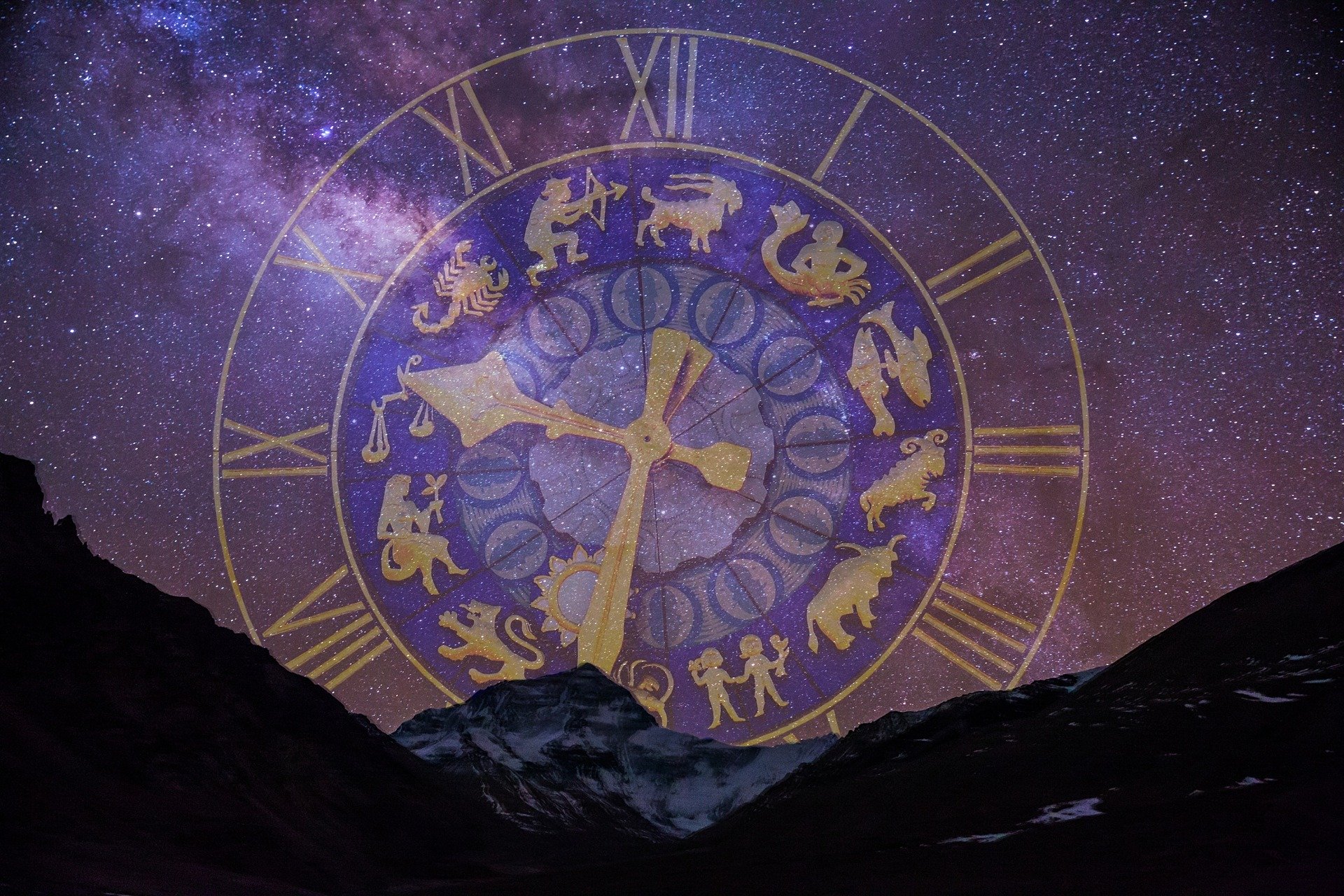 What Are Astrology Signs?

The Astrology signs, or signs of the Zodiac, are 12 creatures whose images appear in the night sky, spread across 12 separate regions of space. Essentially it is a feature of the position of the earth relative to the sun and space throughout the year. As the earth progresses around the sun, different areas of space appear at night for the observer on earth.

It was used as a convenient way for telling the stage of the year (aside from the obvious temperature changes and status of leaves on trees perhaps!) in ancient times. Of course, the constellations don’t actually exist as such – they are an illusion caused by joining the dots of various brighter stars in the region of space. In some ways, similar to seeing animals in the clouds.

This is in part because the solar year isn’t quite the same as our calendar year, but also, and more importantly, because the earth wobbles on its axis. Meaning, the North pole points at a different part of the sky throughout a 26000 year cycle.

Broadly speaking though, the 12 signs were aligned to the constellations they related to when they modern astrology signs were designed.

Another, further complicating factor is that the constellations aren’t all exactly the same size. Meaning that for some it takes longer than a month to fully pass through them, whereas others take less time.

So in order to get a full picture, Astrologists like to get further details such as the day, month, year and even time that a person was born to obtain a more accurate reading of the person’s specific astrology signs.

Scientifically speaking, astrology signs are irrelevant. There’s absolutely no scientific evidence to back up their ability to predict the future or determine anyone’s personality traits.

The reason for scientific sceptism is fairly obvious. There’s 12 zodiac signs. If we look at the UK population on its own, there’s about 65 million people. 65 million divided by 12 is approximately 5 million. So, reading the ‘stars’ for the day to determine what kind of day you’ll have means that you’re sharing that kind of day with 5 million others in the UK. Seems fairly unlikely doesn’t it.

More in depth astrology readings involve knowing your place of birth as well as the date and time of your birth. Having this information can narrow down the number of people enormously. The UK Office for National Statistics states that 657076 babies were born in the UK in 2018. With 525600 minutes per year, that’s just a little over 1 baby per minute. So if you know the time, date and place of your birth you can pretty much narrow down where the stars were for you and only you.

Whether being able to narrow you down to 1 out of 65 million gives any scientific credence to Astrology is rather unlikely. However, here at mysticalspiritualpathfinder.com whilst we certainly do believe in science, we also recognise that there are many things that science doesn’t (yet) have an answer for. Dark Matter is a prime example. Science believes that Dark Matter makes up around 80% of the universe. Yet science has yet to prove the existence of dark matter. 80% of the universe is made up of a substance that science actually doesn’t understand and can not actually detect. Is it possible that the interaction of the planets and stars can have an effect on the astrology signs? We certainly think it’s possible.

What Can The Astrology Signs Tell Us?

The astrology signs, being based on our date of birth, can give us a little insight into how our personalities interact with other personalities and give us some guidance for our strengths and weaknesses in life.

Although again, there’s no scientific proof of these characteristics being based on your birth month, there’s certainly plenty of anecdotal evidence to suggest there’s at least some truth to the signs of the zodiac being able to predict people’s personalities.

So, if your astrology sign is based on when you were born – how do you know which star-sign you are? For a more in depth insight into your personality based on your star signs you’ll need a more in depth reading based on your day, month and year of birth, as well as, if possible, the minute you were born and possibly where. However, here’s a handy little chart to give you the basic overview of your star sign.

In the table above we’ve also listed the ‘element’ to which the sign belongs. This is because, historically, people believed that everything was made up of 4 elements – that of earth, air, fire and water. The different proportions of each basic element was what gave each individual material its properties.

The Astrological Elements And Their Meanings

Astrology Signs And Their Meanings

There’s lots more to the Astrological signs than we’ve written about in this particular article – most notably that we’ve really only skimmed the surface of individual’s character traits. In our article Introduction to Astrology we look at some more general things relating to Astrology as an overview.

At the moment we don’t have an article on in depth character traits for each of the astrological signs, but we intend to create those shortly. Check back as we’ll link them in the table above when they’re ready.

We also plan to create some compatibility tables and charts to help you determine whether either your romantic partner or business partner (or even just a friend) is compatible with you. Check back soon for more information.

This site uses Akismet to reduce spam. Learn how your comment data is processed.